I am positive about De Dana Dan -Sunil Shetty 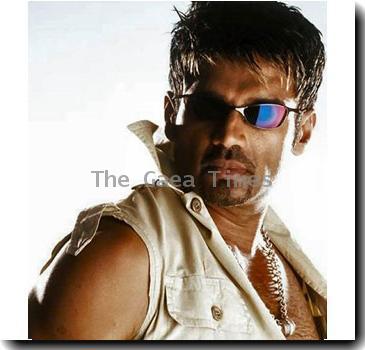 Comedy works most for Sunil Shetty who has been around for long now. After an ordinary 2008 he appears to be all over with ‘De Dana Dan’, which is round the corner. With international recognition coming his way courtesy ‘Red Alert-The War Within’ future looks good for this versatile actor who has Anees Bazmee’s ‘No Problem’ lined up.

Is this a new phase for you?

Yes, this indeed is a new phase. All this while people used to say that ‘Yeah, he is quite hard working; he is doing good’ and that’s about it. It had become a little routine and really, even I had started thinking whether I was doing just okay.

Why do you say that?

See, there wasn’t any real recognition except for the fact that I was continuing to act and make movies. It was acknowledged that I was versatile where people didn’t really know what to expect from my next film. This was good and I was shifting genres from comedy, action, and drama-everything. But then something like an award for ‘Red Alert’ came, which set me thinking that perhaps I was actually doing something good. Suddenly, it all turned into a really proud moment for me as an actor and I could look at things in a different perspective. I said to myself that after 17 years in the industry, I am not doing too bad.

You have movies with the likes of Priyadarshan and Anees Bazmee coming up next?

Of course it makes me feel great. My teenage kids are very proud to see me doing good work. My parents are over the moon. I stay with them and my dad is really appreciative about this new phase of my career. Their positive energy has starting rubbing off me as well.

It seems you have planned your career quite well.

There was no planning, ‘Red Alert’ was completed some time back and is making news today. ‘De Dana Dan’ a contrast film is coming now, so suddenly everything has started becoming a lot more visible.

I am for sure and actually quite positive that the film should take a really huge opening. This is not a film, which takes an opening and then fizzles out. I am positive about appreciation too. This is a film for family audiences and I am sure they would want to watch it again.

But the promotions for ‘De Dana Dan’ choose to lie low, until recently…

We intentionally wanted to underplay the film. Our only aim was to remind people that ‘Hera Pheri’ team was coming together. Now if we can score a point about ‘Hera Pheri’, it would be really great. I guess the verdict would be all to announce once Friday show is through.