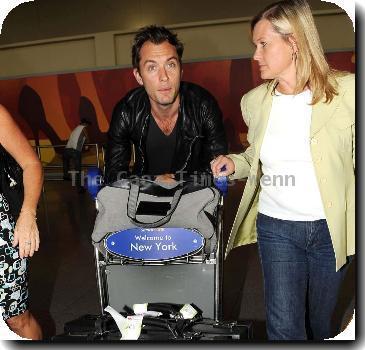 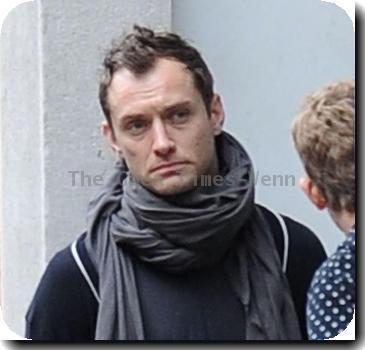 Broadway ticket availability and capsule reviews of shows as of Nov. 9. Unless otherwise noted, tickets are available at the theaters’ box offices for the shows listed. Details about how to obtain tickets appear at the end.

—”Billy Elliot.” A young man in Britain’s bleak coal country yearns to dance. A musical based on the hit film. Winner of the 2009 Tony Award for best musical. Imperial. Telecharge.

—”Burn the Floor.” An evening of Latin and ballroom dancing — and all points in-between — featuring performers from around the world. Longacre. Telecharge.

—”Bye Bye Birdie.” John Stamos, Gina Gershon and Bill Irwin star in the Roundabout Theatre Company revival of the 1960 musical about a rock ‘n’ roll idol’s induction into the Army and the effect on teenagers in a small Ohio town. Henry Miller’s. Telecharge.

—”Finian’s Rainbow.” A leprechaun, a stolen pot of gold and a feisty Irish heroine. A revival of the classic 1947 musical featuring a glorious score by E.Y. Harburg and Burton Lane. St. James. Telecharge.

—”In the Heights.” The lively off-Broadway musical about Latino residents in an area of upper Manhattan called Washington Heights moves to Broadway. Richard Rodgers. Ticketmaster.

—”Mamma Mia!” The London musical sensation featuring the pop songs of ABBA makes it to Broadway. Die-hard ABBA fans will like it best. Winter Garden. Telecharge.

—”Mary Poppins.” The world’s most famous nanny comes to the stage after her great success as a P.L. Travers book and a Disney movie. New Amsterdam. Ticketmaster.

—”Memphis.” An interracial romance set in the 1950s when rhythm and blues crosses into the pop mainstream. A new musical. Shubert. Telecharge.

—”Oleanna.” Bill Pullman and Julia Stiles star in a revival of David Mamet’s play about a college professor and a female student. Golden. Telecharge.

—”Ragtime.” A revival of the musical based on E.L. Doctorow’s epic novel of early 20th-century America. Neil Simon. Ticketmaster.

—”Rock of Ages.” A jukebox musical that celebrates the pop songs of the 1980s. Brooks Atkinson. Ticketmaster.

—”Shrek the Musical.” DreamWorks’ cinematic green ogre makes it to the stage in this show based on the movie and the William Steig book. Broadway. Telecharge. Closes Jan. 3.

—”South Pacific.” A luxurious, musically splendid revival of the Rodgers and Hammerstein musical based on one of the short stories in James A. Michener’s “Tales of the South Pacific.” Vivian Beaumont. Telecharge.

—”The 39 Steps.” A stage adaptation by Patrick Barlow of Alfred Hitchcock’s 1935 movie thriller about a man on the run. Four actors portray more than 150 roles. Helen Hayes. Telecharge. Closes Jan. 10.

—”The Lion King.” Director Julie Taymor is a modern-day Merlin, creating a stage version of the Disney animated hit that makes you truly believe in the magic of theater. Minskoff. Difficult on weekends.

—”The Phantom of the Opera.” The one with the chandelier. The Andrew Lloyd Webber musical about a deformed composer who haunts the Paris Opera House is the prime, Grade A example of big Brit musical excess. But all the lavishness does have a purpose in Harold Prince’s intelligent production, now the longest-running show in Broadway history. Majestic. Telecharge.

—”West Side Story.” The Sharks and Jets return to New York in a revival of the classic musical loosely based on “Romeo and Juliet.” Palace. Ticketmaster.

—”Wicked.” An ambitious, wildly popular musical about the witches in “The Wizard of Oz” as young women. Based on the novel by Gregory Maguire. Gershwin. Ticketmaster. Difficult.

—”Wishful Drinking.” Carrie Fisher wrote and stars in this autobiographical solo show detailing the ups and downs of her life in Hollywood. A Roundabout Theatre Company production. Studio 54. 212-719-1300.

The Telecharge number is 212-239-6200 unless otherwise indicated. There is a $7 service charge per ticket, plus a handling fee per order that varies from $2.50 to $4 depending on method of delivery.

Ticketmaster is 212-307-4100. There is a $7.25 “convenience” charge per ticket, plus a handling fee per order that varies depending on method of delivery.

All theaters owned by Jujamcyn — the St. James, Martin Beck, Virginia, Eugene O’Neill and the Walter Kerr — have a $2 surcharge per ticket for theater restoration. Shows in Shubert theaters have a “facilities” surcharge of $1.50 per ticket.

Both Telecharge and Ticketmaster will provide information on specific seat locations. They also have toll-free numbers for theater ticket calls outside New York, New Jersey and Connecticut. For Telecharge call 800-432-7250; for Ticketmaster call 800-755-4000.

The League of American Theaters and Producers has a special telephone line called the Broadway Line for information on most Broadway shows and how to purchase tickets. Calls must be made on a touch-tone phone. The number is 1-888-BROADWAY. The line also will provide information on Broadway touring productions.

The downtown TKTS booth is in the South Street Seaport at the corner of Front and John Streets. Hours of operation are Monday through Saturday 11 a.m.-6 p.m. EDT; Sunday 11 a.m.-4 p.m. EDT. Credit cards are accepted at South Street.

Full-price tickets and information on Broadway and off-Broadway shows are available at the Broadway Concierge & Ticket Center, located in the Times Square Information Center on the east side of Broadway between 46th Street and 47th Street. There is a $6.50 service charge per ticket. Information on restaurants, hotels and parking also is available.