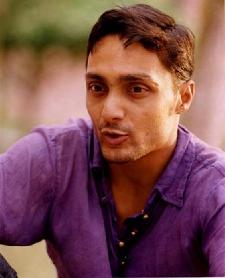 Onir has completed the second schedule shoot, of his second short film I AM OMAR in Mumbai. The film stars Rahul Bose, Arjun Mathur and Abhimanyu Singh. I AM OMAR, tells the story of how because of fear of society and law Gay men very often get blackmailed and are scared to do anything about it. This film is based on real life stories and incidences.

I AM is an initiative by Onir with a vision to use the medium of mainstream commercial film to spread social awareness. I AM is a series of four short films to be directed by Onir namely ABHIMANYU, OMAR, AFIA, RUDRA and MEGHA. The five short films have the common theme of Fear and have characters moving in and out of one shot into another, thus linking them in terms of content and structure.

After completing I AM OMAR, Onir is gearing up for the third schedule for the shoot with, I AM MEGHA. Onir and Sanjay Suri have just returned after recce in Srinagar, where they plan to shoot the film. The film stars Juhi Chawla, Manisha Koirala and Sanjay Suri. I Am Megha is a story of two women separated by circumstances. A Kashmiri Pandit woman (Megha) who had to abandon her own home and became a part of the neglected statistics of an internal refugee and a muslim woman (Rubina) who stayed in the valley.

The project is unique in itself, as it has 400 co-owner from 25 cities over the globe and 45 volunteers as crew and actors.