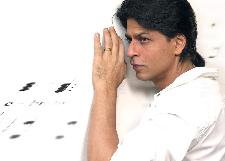 SRK reportedly loved the theme of the film. Even though he had given Subhash just 45 minutes for narrating the script, they ended up discussing it for more than 2 hours. The film will outline the pros and cons of the judicial system. Producer Rakesh Upadhyay is finalizing the film details.