SRK- It was Detention, not Publicity 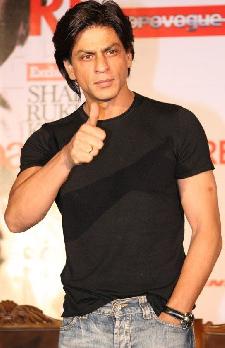 King Khan has denied that his detention at the Newark airport was a drama. The superstar who returned from the US on Tuesday has been attacked with rumors that he is blowing the issue out of proportion in order to gain popularity for his upcoming film, My Name is Khan. He has brushed them aside saying that he is too big a star to resort to such methods.

He isn’t angry over the incident but he believes that the airport officials overdid the questioning a bit. What hurt him the most was the officials constantly asking him, “Your name is very common. Can anyone vouch for you to enter here?” He feels that people should not be treated on the basis of colour or nationality. However, this incident won’t stop him from visiting the US again. In fact, he would love to frisk Hollywood actresses Megan Fox and Angelina Jolie if a ‘tit for tat’ policy had to be followed.