Tejam slated for release in July 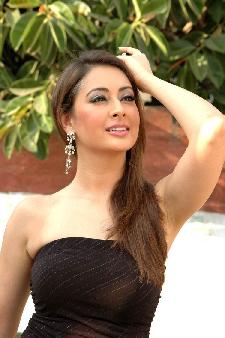 A film with nine heroes and one heroine is coming up under the direction of Raj KN Gopi and produced by N Rajasekhar on the banner of Sunrays Entertainments. The film is titled ‘Tejam’. Speaking on the occasion, producer says, ‘What is the mindset of the present generation? How were their attires and fashions are being clearly portrayed in our film. Elders used to chide children for moving around pubs without any responsibility. But nobody knows that they set their goals for themselves and would work for them. Our film would be very near to nativity as far as the young minds and mindsets. We will soon launch the audio and release the film in July. The speciality of the film is that Preeti Jhangiani would play in a special song.’ Sardar Patel, Suresh, Mahesh, Vinod, Vivek, Dileep, Gautham, Jayavardhan, Monisha, Divya, Brahmanandam, MS Narayana, Kishore Daan and others are in the cast. Camera is by Nagendra Kumar, editing is by Rajagopal while music is by Gana. - SAMPURN
Filed under: Movies, Telugu Movies